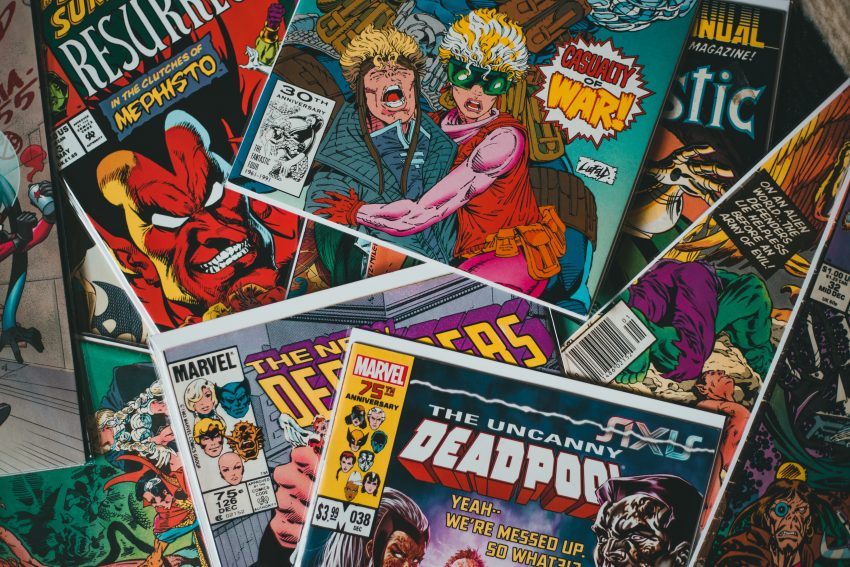 Growing up, I was never really a comic book fan. I didn’t have anything against them, and it’s not that I didn’t read them here and there; but my childhood was ruled by my Star Wars toys, and superheroes just didn’t come close to matching the magic I felt when I created scenarios with my action figures and plastic spaceships. It wasn’t until much later in life that I came to appreciate comics—eight months ago, to be precise, when my partner took me to a comic book shop two days after Valentine’s Day. He wanted to introduce me to one of his interests, and he was looking to get back into collecting comics after not having done it for many years.

Walking through the aisles looking at all the titles and browsing through several different ones, I started to gain an appreciation for them that I didn’t have before. They were interesting stories with complex characters, and the artwork pulled me in. I was intrigued how they were able to tell such elaborate stories with great heart and emotion using wonderful imagery and minimal dialogue, while creating different feelings like tension, excitement, and so on, simply by how the different panels fit together on a page. It was a lot like filmmaking—using creative edits and framing techniques to subliminally stimulate emotions you want the reader to feel. Since I had been interested in the art of filmmaking for many years, this is what appealed to me, initially.

I stopped near the section of Captain America comics, and I started browsing. I think it was just by chance that I was standing in front of them, I’m not sure, but I ended up grabbing a paperback collection of the newest Captain America series and flipping through it. I was immediately pulled into the story and decided to take it home.

I loved that Cap (Steve Rogers) was a man who was misplaced in time, having lived his early life in the 1940s and then frozen in ice for 60 years to awaken in a world he never could have imagined. I’ve always loved the seemingly simple time of the 1940s. Movies like A Christmas Story and The Rocketeer I enjoy, not just for their stories but for the time period they are set in. It has always been a magical time to visit, for me, and I was immediately drawn into it with the Cap comic I picked up.

Then the character grew on me. He was a puny, sickly kid, bullied and orphaned at a young age, who wanted to join the Army to make a difference, but was continually told he couldn’t due to his size and medical history. He never gave up trying, and I loved that determination and spirit he represented. He was a good man—one of honor and respect. He loved his mother and wanted to do right by her memory, and he never backed down from a fight, not matter how badly he was getting his butt kicked.

Then one man, Dr. Erskine, recognized that this boy had heart and recommended he become part of a secret military experiment called “Operation: Rebirth,” which sought to develop a means of creating physically superior soldiers—kind of like steroids on steroids, on steroids.

Steve Rogers was given the injection and immediately began increasing in size and muscle mass. He grew into the perfect human, healthy and strong. He was no longer that small, weak, sickly boy who had been picked on. But one thing that didn’t change was his heart. He remained the same decent man he was on the inside. That was, and still is, the appeal of his character to me, and they focused on that in the incredibly entertaining Captain America movie that was released over the summer.

“Because a strong man, who has known power all his life, will lose respect for that power. But a weak man knows the value of strength. And knows compassion.”
Dr. Erskine, Captain America: The First Avenger

While Captain America is not the only superhero comic I now follow, he remains closest to my heart. Others, like Hawkeye, Speedball, and Daken (the son of Wolverine) are all excellent for their own individual reasons, and I enjoy them immensely, but Cap touches on something that I think we all want to be. He is the epitome of the decent man: fighting for his beliefs, standing up for the weak or bullied, and being an example of what a good man should be—something we all need to be reminded of sometimes.

Photo by Erik Mclean on Unsplash