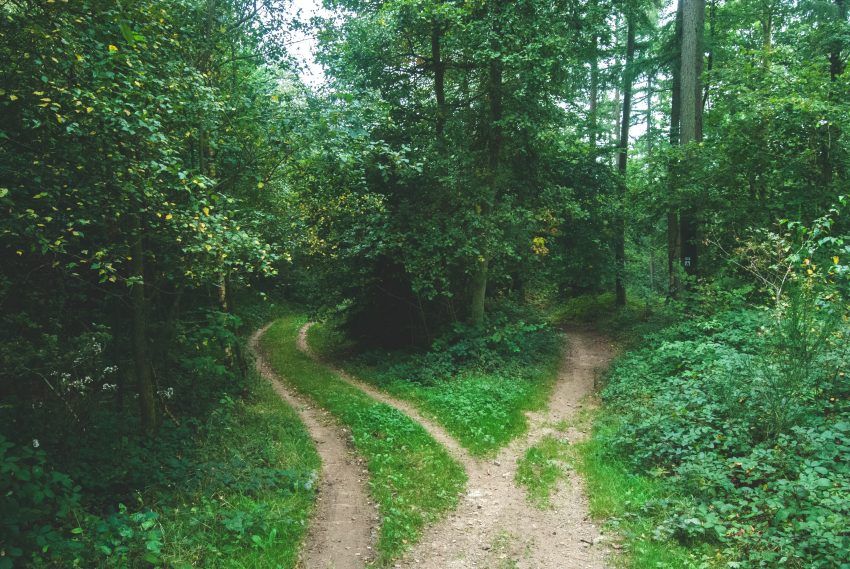 I was out talking a walk over the weekend. It was a bit chilly outside, but it was sunny. There was no need for a jacket, just a sweatshirt.

I went to a walking path down by the Mississippi River. I wasn’t specifically out for fitness, though any extended walk will do that for you whether you’re looking for it or not. No, I was more for focusing on my surroundings. I really wanted to relax and focus, so I took my time and enjoyed the view and focused on the things around me.

I felt the cool air go up my nose and into my lungs, enjoying the smell of dry leaves, tree bark, and pine as I inhaled, and watched my warm breath turn to small clouds at it passed my lips on the exhale.

I couldn’t hear any birds. They had all fled and gone south for the winter, so the only sound was that of the wind through the trees, the empty branches tapping against each other.

The water lapping up on the banks of the river.

The sound of my breathing.

The sun on my face.

It was quite relaxing.

I was in a state of heightened awareness, feeling, hearing, smelling everything around me; my senses flooded.

I decided to walk off the beaten path and see what else could be experienced by walking through new ground.

I decided to stray.

Fifteen minutes off the path, I stopped and just stood in one place and looked around me.

Ahead of me through the trees, I could see a lake. Behind me somewhere was the path I had started on. I knew it was there, but from where I was standing I couldn’t make it out. It felt like I was standing in the middle of the wilderness.

Next to my foot there was a rock. I knelt down and picked it up. It was hard and cold, rough on one side, somewhat smooth on the other. It looked like it had been broken in half. Looking near my foot under the leaves, I found the other half sticking up out of the soil. Fitting both halves together and seeing that they fit gave me a really satisfied feeling.

And then a flurry of thoughts came over me that gave me a little tingle.

I became fascinated with the thought that I could very well be the first person to ever hold this stone in my hand.

Then I looked up and began to wonder if anyone else had ever stood in this place, this one exact spot off the beaten path, and seen the world from this exact location.

Had anyone else stood on this exact spot and thought the same thing?

I stood there, holding that rock, looking all around me, for what felt like an hour. Millions of thoughts ran through my mind—sensations, smells, tastes.

I debated taking the rock with me, but I instead left it, both broken halves put together again as best I could under some leaves where I had found it.

While I walked back to the car, my thoughts turned to the struggles I have faced in my life, and how, at times, I have felt like that broken rock—forgotten, off the beaten path, alone, two halves living apart, but longing to be together. And how, when I allowed myself to be open to the things around me—the sensations around me, the people around me—and allowed myself to go off the beaten path, I was able to reach down and place both halves together again.

Photo by Jens Lelie on Unsplash