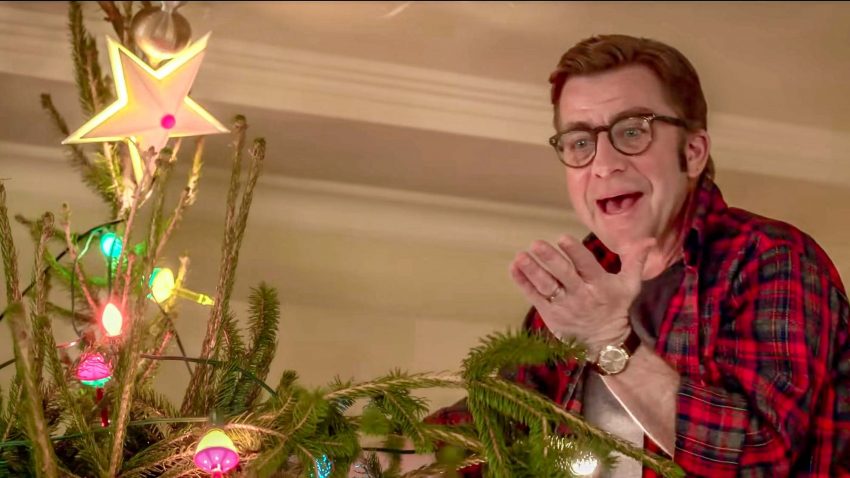 I saw A Christmas Story four times in the movie theater in 1983. It was immediately my favorite Christmas movie. I adored it.

I vividly remember my grandmother telling me how accurately they captured the time period, down to the mass of cords plugged into one outlet that would frequently blow fuses. For her it was like a Christmas time machine.

The movie is a Christmas classic for a reason. It is perfect.

The norm in Hollywood today is to squeeze every last drop out of whatever film and television franchise they have available, churning out more content to feed the streaming beasts. Sadly, most of these creative offerings are subpar and soon forgotten.

So when I heard about a sequel to A Christmas Story after all these years, I cringed a bit. I remained skeptical until I saw the first trailer with footage from the movie. Then I became hopeful, because, by god, it actually looked pretty good.

A Christmas Story Christmas is not a modern rehash of the original movie like many of these reboots and legacy sequels are. It’s an original story, and that is damn refreshing.

A Christmas Story Christmas: The Story

Ralphie is married and living in Chicago with his wife and two children. He has taken a year off to give himself a chance to make it as a writer. As they await the arrival of Ralphie’s folks for Christmas, the phone rings and we learn of a death in the family.

Ralphie brings his family home to Hohman, Indiana, to the old house on Cleveland Street. There he is tasked with planning a happy Christmas for his family, while waiting to hear from his publisher if his novel has sold, making this year off worthwhile.

From there, we see many of the quirky and familiar faces from the original film, and many new ones. We visit familiar locations, new spots, have snowball fights, witness drunken sledding carnage, and wake up Christmas morning to some surprises.

The opening was beautifully nostalgic. The same music, the same title card, the same font—really nice continuity with the first movie. I like that, it helps them feel connected.

The actors feel comfortable in their characters—both new and old. They feel real and warm. It gave me that cozy feeling of revisiting old friends.

I wish they’d been able to pull Melinda Dillon out of retirement for continuity sake, but Julie Hagerty does a good job here as Mrs. Parker. She’s really funny.

Peter Billingsley easily slipped back into Ralphie Parker. He still winks at the camera, chuckles like a kid, and gets lost in the clouds as he lives in new daydream fantasies.

The flashbacks are more plentiful than I think are necessary. We don’t need an audio or video cue every time we see something from the original film. We’re smart enough to figure things out.

Maybe instead they could have made use of unused material from the original (e.g., Rogue One: A Star Wars Story) to give us that bridge, instead of dropping in the quotes and scenes we’re all familiar with. But that’s just me thinking out loud. I have no idea if that material would even exist.

My biggest complaint is that it’s too reliant on voiceovers. I get it, the first movie had them and set up that style for the franchise, but they’re overused here, to the movie’s detriment. It’s heavy-handed. There are times the narration is overlapping conversations, and when it’s Ralphie’s voice speaking over Ralphie, it gets jumbled and confusing.

Should we be worried about Mrs. Parker?

This is a random observation, but it stood out to me. Why did Mrs. Parker suddenly feel nasty towards Ralphie’s wife while they were playing Scrabble, when up to that point it didn’t seem to be a thing? It felt more than a simple competitive thing while playing the game. She seemed unnecessarily vicious, and not in a playful way.

And there was an undercurrent of Mrs. Parker drinking a lot—lots of glasses of wine, skipping shopping to go drink martinis in the lounge—was there going to be a subplot dealing with her feelings about losing her husband, and these glimpses are what remain of that storyline?

It felt like they were setting something up that never paid off.

It’s difficult for me to be hard on this movie. It has a lot of heart that shines through. It’s an original story and it’s well done, which is saying a lot these days.

It’s heavy on nostalgia, but that’s what many people who love Christmas appreciate about this time of year. I wish they’d pulled back on some of the heavy-handed callbacks, but they didn’t take me out of the story.

The creatives that worked so hard on this should be proud. They’ve successfully given us a sequel to a classic film that surprisingly holds up well to its predecessor. It doesn’t have a lot of the quotable, memorable dialogue A Christmas Story has, but it’s worthy to stand beside it. And over time, we’ll see how it fares. The original wasn’t an immediate hit either.

I believe the care the filmmakers put into this will be appreciated and age beautifully. I’m glad they took a chance and made this.

And being the first Christmas my family is without our father, it hit me in all the feels. Especially the last 20 minutes. It feels like it was made just for me.